Hi my friends and family!

2013 was a year filled with challenges. What year hasn’t been?

Mighty Mike continued a year of public service as the county’s Emergency Manager,

conducting a brilliant wildfire exercise in June (earning high accolades from FEMA evaluators) and assisting with recovery efforts after the devastating floods in the Boulder area in September. After hoping that cortisone injections in his right hip would prolong the inevitable, he went under the knife for a complete hip replacement…just four days after completing his 8th Leadville Trail (LT) 100 Mountain Bike race! Although he’s not in any hurry to replace the other, he is quite pleased with his recovery and his ability to hike and bike pain-free again! 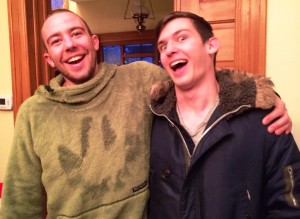 after adding a year for course work in the Emergency Medical Services Academy. He, too, competed in and completed his first LT100 race. Still not certain about his follow-on assignment after graduation, he will be working in Albuquerque until he can find a way to return to Colorado! Jake opted for the work-over-school plan and is partnering with another young entrepreneur in Boulder. His facility with computing has allowed him to do what he enjoys while providing him with the resources to live independently while caring for his pet tortoise, Givenchy. 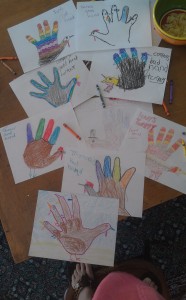 daughter) lived with us this summer and I got to pretend that I had a daughter for a bit! Niece Andrea and hubby started off the July revolving door, followed by race friends Brent and Lisa, then Mike’s bro Mark, his wife and two girls, then Anne and Eric from VA overlapping with Sam and Derrick from Abu Dhabi (en route to Germany), and finally Sarah’s boyfriend. Whew! Talk about musical beds! Our old Army friends from long ago (Kathy, Chris, Kristen and Michael Shalosky) visited for Thanksgiving and we made the best hand turkeys ever!

I completed the draft of my first novel (“Miss?”) in March just before my Dad underwent major surgery for cancer. Dad fought the good fight, and even helped 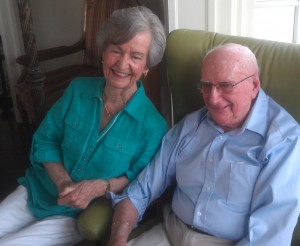 organize a most memorable family reunion at my sister Carol’s home in June, but ultimately lost his battle on October 4th, not long after losing his youngest brother. I was blessed to have had several visits with Dad before he left us, one on the heels of my 30th West Point Reunion. Dad’s funeral was fitting for the wonderful man he was. Mom has been a pillar of strength, and we all are grateful that she lives in a place surrounded by friends and not far from Carol. She continues to teach us life lessons as she finds her way after 65 years of living with her best friend. 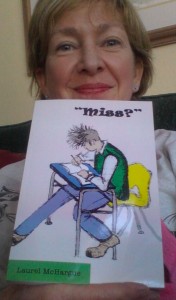 Pass”), and I published my novel through Amazon in November shortly before Mike and I decided to adopt a German Shepherd from a local shelter. Ranger (almost 3) has brought us great joy; his temperament is much like Guntar’s was (our first dog). Wishing you all health and happiness in 2014!

With love from the Lead Ass Inn–a name my Dad suggested for our far-away home.

Quite a year you had…the good, the sad and the busy. Here’s wishing you and yours a blessed Christmas and wonderful New Year, my friend. :-)