At our last Cloud City Writers meeting (held in my home so we can enhance our creative juices with a bit of nectar) we chose a poem from the July issue of Colorado Central Magazine called “Onion Thief” by poet Laurie James. From that poem, one line was selected: “A thief of onions right there.” The challenge was to write for 7 minutes straight, no edits, no pondering, just write what came to mind. Here’s my response:

“Onions. Love them or hate them. Cartoon movie character Shrek tells his love that he has layers, like an onion. Layers of clothing on a poor woman who resorts to stealing something as simple as an onion—it’s enough to make me cry. Why an onion? Was it easier to steal than an apple? Perhaps she already had the apple.

What would I do? Surely I would not report her. Could this be her only meal tonight?

Theft makes everything more expensive for those who pay, so I could be righteously angry, but I’m not. I think of the onions I’ve let rot in my basket, onions I’ve thought nothing of tossing to the compost. What I could feed that poor woman with what I’ve wasted!

It’s enough to make me want to cry.”

If you saw an old lady stealing an onion at an open market, what would you think? 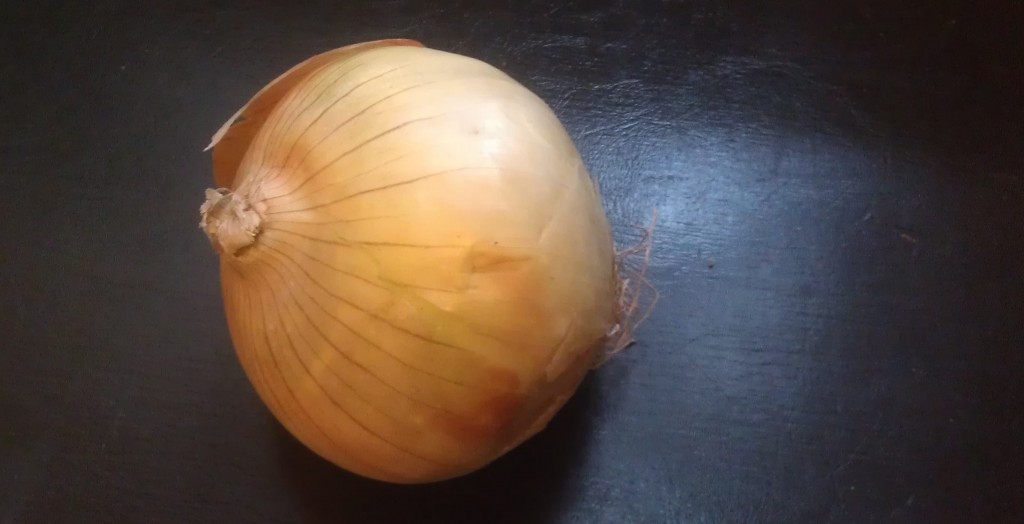